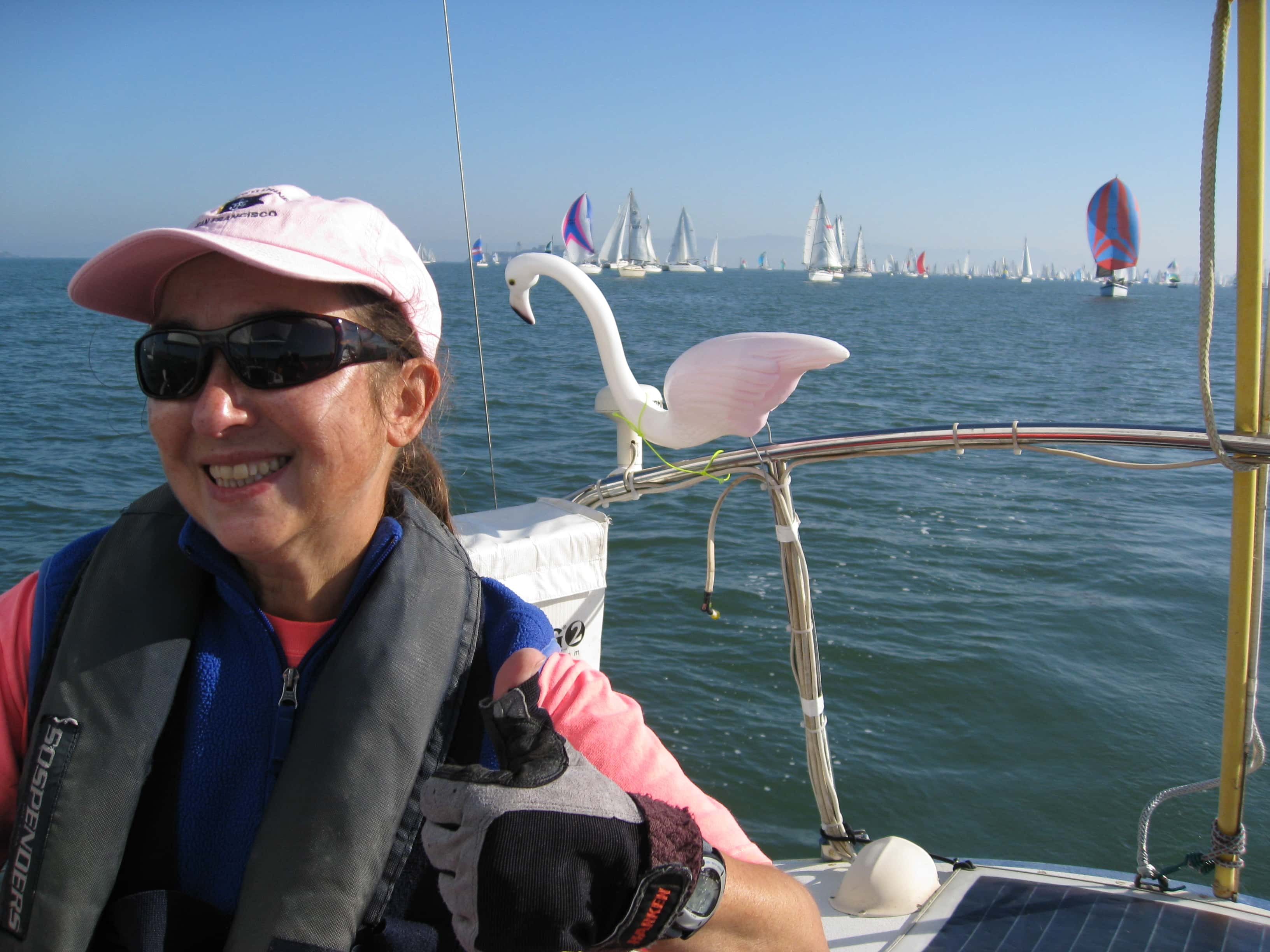 Sylvia has been enthusiastically sailing and racing on the bay and West Coast for 20 years. She starting racing on a Hawkfarm 28’, sailing it regularly in Bay Area and coastal races. After years of crewing aboard her Hawkfarm Eyrie in the OD, HDA and OYRA series she grabbed the helm and in 2002 began double-handing in the OYRA and SSS series with gal pal Synthia Petroka.

Their ocean campaign was so satisfying that they raced the 2004 Pacific Cup as the first female double-handed entry in the history of the race. She also did the race fully crewed in 1998 aboard an Olson 34 and in 2010 aboard her current boat, a custom 52’ custom cruising sloop. She is currently outfitting her boat with an eye for extended cruising. In addition to racing her boat Sylvia enjoys crewing on other boats ranging in size from Cal 20 on up. She is a member of the Santa Cruz Yacht Club.

About the Pac Cup Race