Jody sailed with Peter Stoneberg andDick Watts on Flash in the 2008 Pacific Cup. “It was my first big ocean race and it was incredible,” she says. She had met her husband, Skip, at the end of the 100 Dock at San Francisco Yacht Club following the Midnight Moonlight Madness Regatta in 2005. They were married on the sandbar at low tide in Kaneohe Bay after the 2008 Pacific Cup.

In 2010 she and Skip sailed the Pacific Cup doublehanded. They arrived in Kaneohe Bay after 11 days. “We didn’t break anything,” she notes, but “we did have a lot of cold nights and windy days. My husband is such an incredible sailor and we have such a relationship of trust and respect, it makes sailing together easy. If the boat were ready right now, I would go again today.”

Since then, Jody and Skip have sailed skiffs together in San Francisco, Auckland and Sydney. In September, they are sailing against each other in Aussie 18s in the 18ft Skiff Internationals at StFYC. Last month she sailed on Odin, a Swan 90 representing the Club in the Bicentenary Regatta at the Royal Yacht Squadron in Cowes, England. 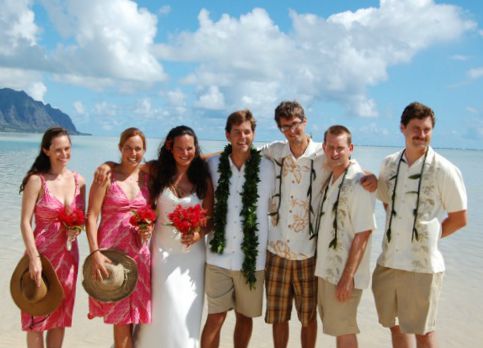 When she is not on the water, Jody works as a maritime attorney and recently started her own practice. “I love what I do,” she says.